iAssociate 2 for Android is OUT!

We’re very pleased to announce that iAssociate 2 for Android is finally out! That’s right, you can now get it from the Android Market.

Our initial plan was to have it out before Christmas, but as the game wasn’t in a state we were happy with we decided to postpone it to January. We were very confident with having it out in January so foolishly we told everyone it would be out by then.

Unfortunately on the last day of the month something happened that made us delay the release until now. What happened was, believe it or not (this is a "the dog ate my homework moment"), that my iMac's hard disk decided to quit on me, and, when starting work on Jan 31st all I got was a kernel panic message, and despite many tries to fix the issue we eventually realized that all we could do was to drop the computer off at Apple service and wait for them to fix it, which took them a bit over a day before they got it back to us.

Here’s a picture of my iMac crashing. Apparently Apple products can break (who would have known?!). 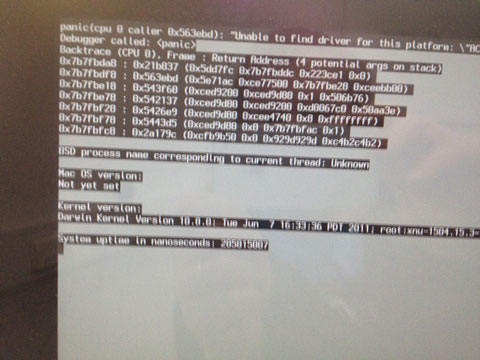 Anyhow, all is well that ends well and we’ve finally released the game for Android. This is our first major Android launch, so although we’ve tested the game on multiple devices and made sure it works as expected there could still be some minor issues with the game. So please let us know if you find anything not working as expected.

The game comes with a total of 10 free levels, although it has ads showing in game until you buy three levels from the Token store. Also, currently the only way to acquire more levels is by getting Tokens from the Offerwall (From the “Earn FREE Tokens”-button). However for those not wanting to earn Tokens we’re looking into an alternative payment method for a future update.

Happy gaming & Let us know what you think!

Posted on February 2, 2012 by Niklas Wahrman

I know lots of you are waiting eagerly to get your hands on the iAssociate 2 Android version and I assure you we want to get it out as quickly as possible as well. We aimed at having it out by Christmas and it's actually very close to completion. However, we made the decision to extend it's release to January to ensure the quality of the game is great.

Sorry to disappoint you who wanted to play it over the holidays, but rest assured, you'll be playing it really soon! 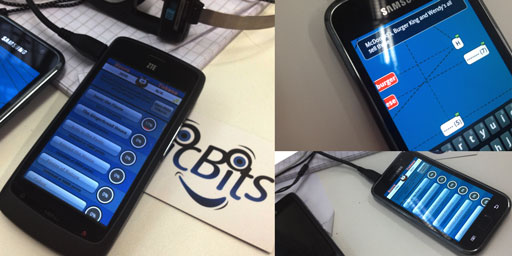 Click to enlarge
Posted on December 22, 2011 by Niklas Wahrman

TicBits was founded in April 2010, and, now as 2011 nears it’s end it marks the end of the first full calendar year that we’ve worked with TicBits full time. The year started off in a good way, we had achieved the goals we set for ourself for 2010, we managed to reach our estimated budget and we had managed to release iAssociate 2 both on iOS (iAssociate 2 in the App Store) and Facebook (Facebook iAssociate 2) in a quite successful way. So the foundation for 2011 was already set, we now just had to follow our plan and stick with it.

The beginning of 2011 was a really fun time for us. We kicked off 2011 with a trip to the Mobile Games Forum conference in London in late January, and stayed there for 3 nights, meeting some fun people and having a few drinks, as well as getting some good insights and contacts from the conference. After that we had just enough time in February to finally get our first non-iAssociate game released. The game in question was Sudoku, which we released around the middle of February. Sudoku (Sudoku in the App Store)was our first game that we’d monetize fully by only showing ads during gameplay, so we were really interested to see how it would perform.

But before having too much time to check those stats (just a few days later) it was again time for us to go to another conference, this time the Game Developers Conference in San Francisco. We had decided to head there early, so that we’d have time for some other activities besides the conference itself, so we flew into San Francisco already a week before the conference and started the trip by renting a car and taking the Pacific Coast Highway down to Los Angeles, where we’d stay for a few days before driving back up. (During those days we had time to visit Universal Studios, Warner Brothers, see Conan, and such). After leaving LA it was then time for the GDC itself, a really content packed conference which had grown a lot since I last was there (which was in 2003).

After GDC was over, it was finally time to get back home, and start writing code again. The next project that we finished after this was Minesweeper (Minesweeper in the App Store), which was released in April. We had already seen pretty good results with Sudoku so we were hoping to add more to that with Minesweeper. This project was followed by some recruitment as well, in late May and early June we recruited one more developer and one graphical artist to our team, which meant that we also got to move to a bigger office.

As we finally got a full time graphics guy this also meant that we’d be able to start working with a little bit more visually appealing games than the ones we had released so far. The first results of this can be seen in the next two games that were released, first Solitaire (Solitaire in the App Store) and then followed by Mahjong (Mahjong in the App Store). Mahjong was extremely well received immediately, and it’s steadily climbed in the charts since then, giving all our products much more exposure as well as many more daily active users.

Around the same time as Mahjong was released, in September, we were again recruiting, this time we added to our iAssociate 2 level design capacity, by bringing on full time level designers. With iAssociate 2 our biggest bottleneck had been in getting enough content released before this, so with this move we hoped to finally start producing enough new content so that we could give our users more content more than once a month. Our final expansion for 2011 came now in late October, when we hired one more developer to join our team. This meant that we now again got to move into a bigger office, where we finally had everything under our own roof, meaning our own kitchen, poker room (also used as meeting room) and recreational room, everything a game development company needs in other words!

Our final release for 2011 will be FreeCell, which as I’m writing this has already been submitted to Apple for review, and should appear in the App Store within a week hopefully. After that we’ve already got a few projects that are progressing nicely, so we should have more new games coming ut in early 2012 as well. All following the same formula as all our games in that they’re all free to download and play.

Our growth in 2011 has been number wise quite significant. Not only have we released more games and added more developers to our team, we’ve also managed to do this in a profitable way which means that we go into 2012 with a really strong foundation on which to build on. For 2012 we have again raised the bar on what we hope to achieve, and our long term goal is to one day have at least one of our games installed on every mobile device out there.

Not long after our last move, we're once again moving to an even bigger office. This one should last for a while and comes fitted with all the necessities an office needs, like a poker... I mean meeting room. We've also expanded our team to six, so prepare yourself for more awesome stuff coming in the near future! 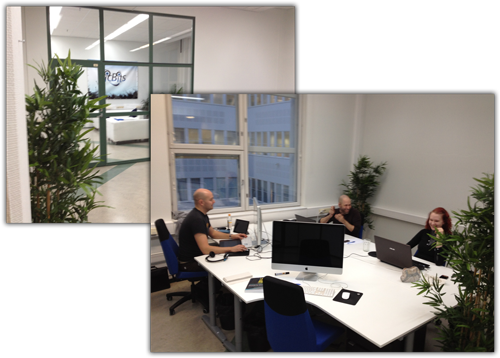 Wow, awesome news! Ricki Lake said on a live stream that her favorite new game is our game iAssociate 2! How awesome is that?